When you think of Casio, super-slim watches may not be the first thing that pops into your head. Sure, the standard F-91W is a pretty slim watch, measuring 8mm from caseback to crystal, but its a puny quartz-powered digital (and the greatest thing to illuminate planet Earth since the sun shot its first tentative rays towards our rock). Finding an analog Casio that fits the description of super-slim is normally pretty tough. The brand is better known for hulking G-Shocks like the fan-favorite Mudmaster, or the ubiquitous-but-never-boring special editions that seem to drop every other week (fans of Gorillaz click here; fans of Tokyo or Japan in general, click here). But the Casio Edifice EQB1000D-1A succeeds where few may have expected. It is really slim at just 8.9mm-thick, despite the fact it has not three, not four, not five, but six hands on its dial. Not to mention it’s packing some serious Bluetooth functionality beneath its handsome exterior.

The case, which is 45.6mm across and 49.9mm lug-to-lug, is made from real stainless steel (as opposed to fake or imaginary stainless steel) and weighs a paltry 130g. Neatly packed inside this professional housing is a Tough Solar power system, which can be charged by any kind of light (even fluorescent). As you can imagine, almost every component has been significantly slimmed for this project to work (some have lost up to 83% of their thickness, while the whole module has dropped down by 71%). This affords space within the case for not just the multi-hand analog chronograph enlivening the dial and adding some serious sports functionality to this timepiece, but also the mobile link unit, which uses Bluetooth technology. This enables the watch to be paired with and operated/adjusted from a mobile phone installed with the Casio app. 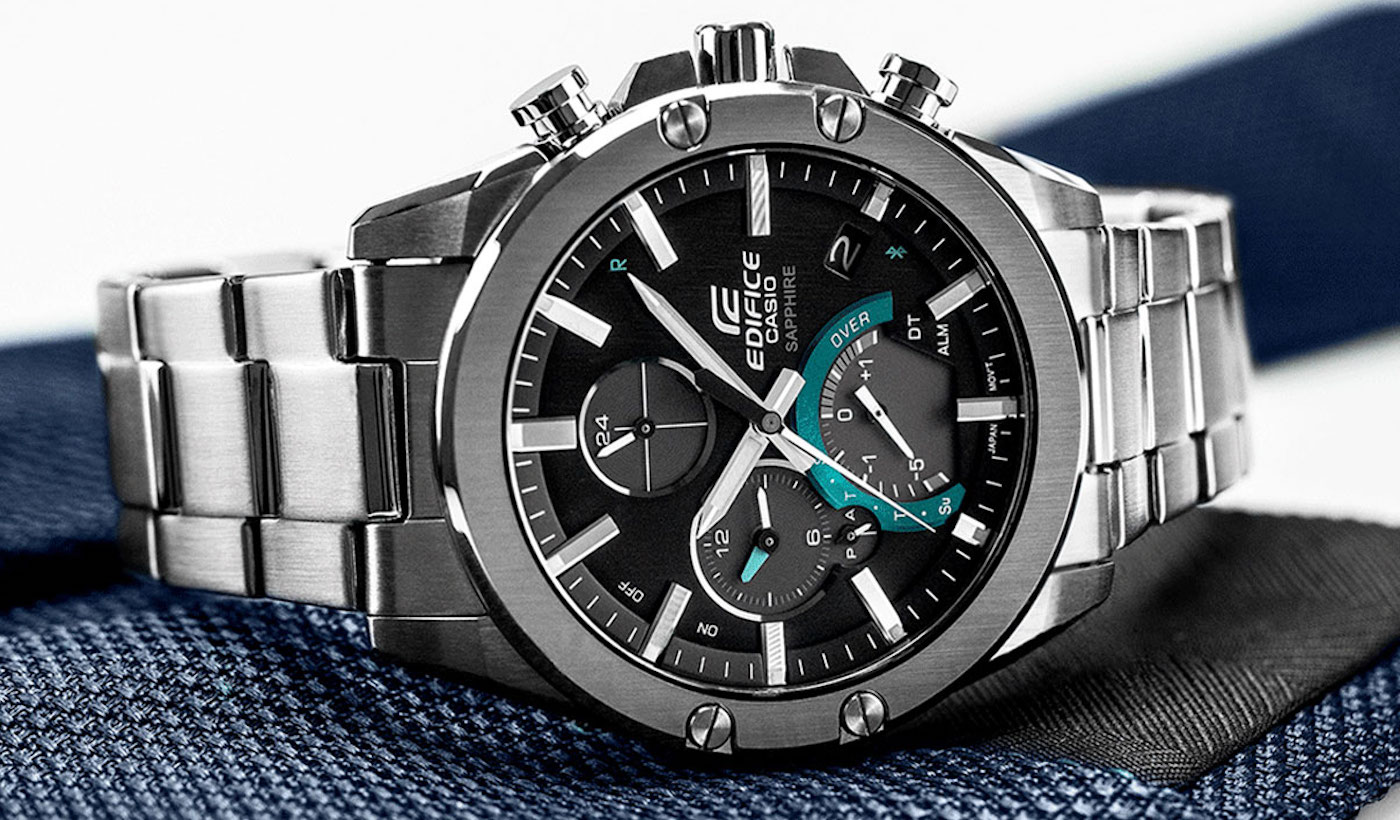 In addition to this very modern technology, the Casio Edifice EQB1000D-1A also boasts dual-time functionality, a 1-second chronograph that can measure up to 23 hours, 59 minutes and 59 seconds, a daily alarm, power-saving hands (which stop the time when the watch encounters total darkness before whirring back into life when exposed to light), a full, entirely automatic calendar that will still be correct up until 2099, a day/date display, three-handed time display, and a 24-hour indicator. 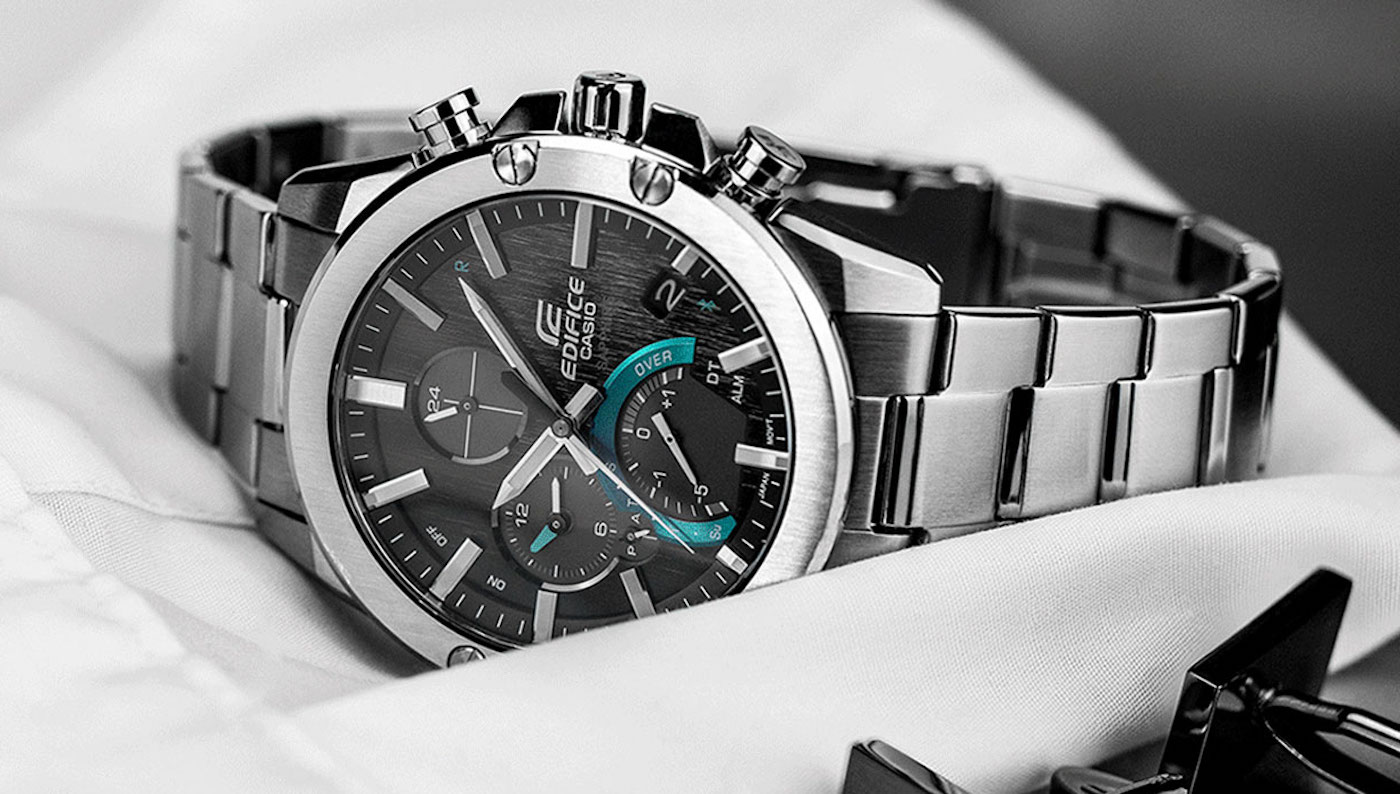 If you keep the watch disconnected from a phone it should perform around ±15 seconds per month. The second you link up with a mobile device via Bluetooth, however, the watch picks up a radio signal and readjusts itself to the exact local time (or the time local to wherever you manually tell the watch it is via the app). After a single full charge, the run time will be five months without exposure to any light whatsoever, or an equally impressive 19 months, should the watch be kept in the dark and thus fall into power-saving mode.

A thin configuration without any sacrifice of function makes this new model the new flagship of the EDIFICE lineup.